A little while ago, I mentioned that my sister asked me to make a bunch of Christmas cards for a project she is heading up at her church. These cards were to be given as token of thanks to donors to this project, The Advent Conspiracy.

My supplies arrived late last week so we could finally get started on the project. The challenge was to make as many cards as possible on as small a budget as possible. Originally, the numbers were $60 for 200 cards! 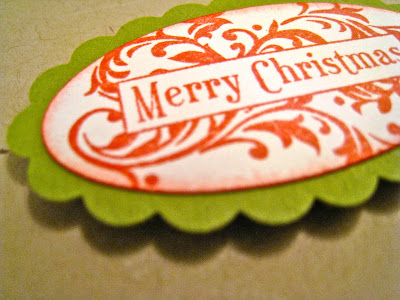 The cards also had to be as simple as possible, without looking too cheap, so we could make them quickly. This project is all about being super efficient.

My sister came over to help with making and assembling the pieces. It was nice to have someone so eager to do all the work! And for someone who was trying out new techniques, she did a great job. 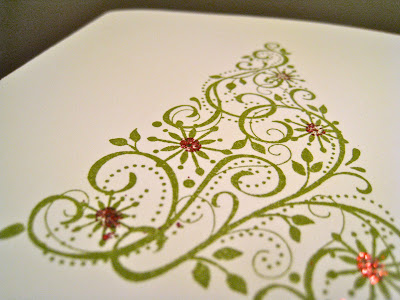 So far we're about a quarter of the way there. I'll be back with more updates and sneak peeks!