This project was probably my most ambitious yet. I had originally intended to make a book, but seeing as how I had only really solidified the idea the morning I was supposed to give it to her, I was really pressed for time. So it turned out to be like a set of (post)cards.

My set of cards began with a "title page" 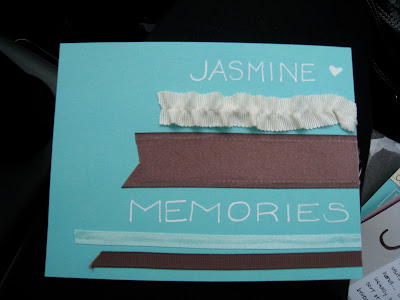 Had one card for each of the letter in her name with a little memory that was related to that letter. 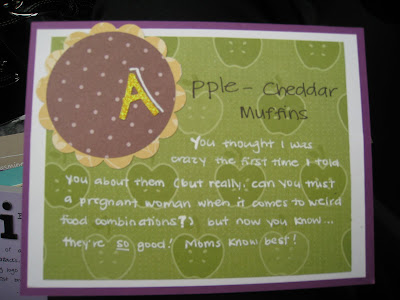 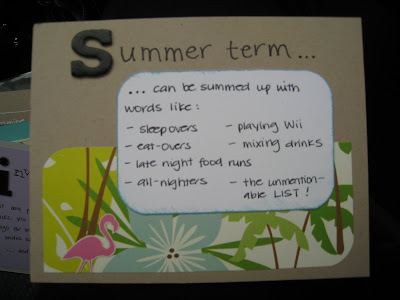 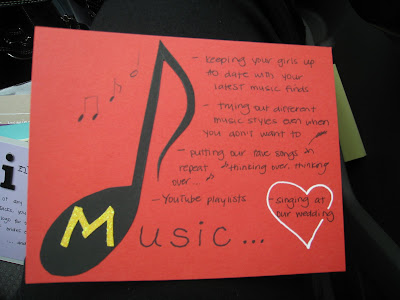 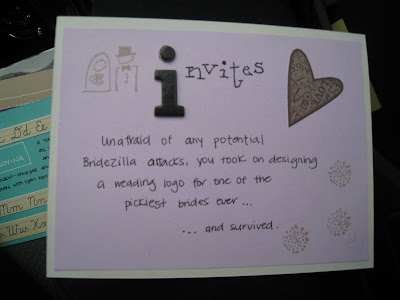 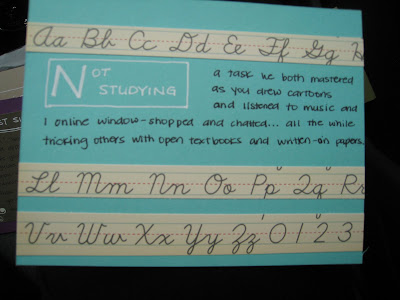 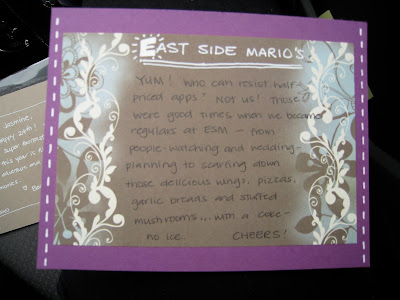 And ended with a little birthday message. 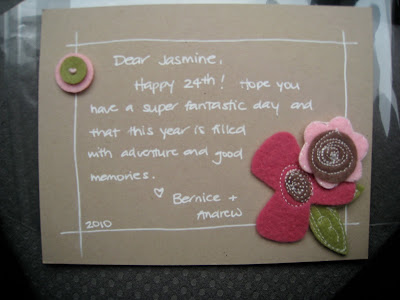 I slipped them all into a clear envelope to make a nice, neat little package. (I LOVE those envelopes. You have got to check them out if you haven't already! They're so cute for packaging!)

I got all the harder parts (i.e., cutting the paper, stamping, some gluing) done at home and the rest of it (i.e., the rest of the gluing, most of the writing) was done in the car ride in to Waterloo! Talk about a rush job!

One good thing about a time crunch is that it forces you to use things without thinking twice. I didn't have time to be stingy with my supplies which pushed me to use more of it - a great way to use up some of your stash and any scraps you may have sitting around!

This is especially good for me right now since I'm slowly sifting through all my stuff, trying to get rid of as much as I can! I'd love to make more of those little cards if I had a reason to - they were so fun!